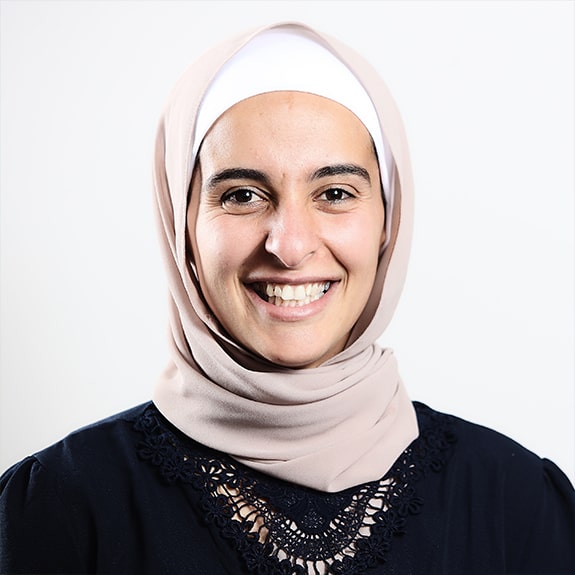 Amna Karra-Hassan founded the first ever AFL Women’s team in Western Sydney and is widely recognised for the diversity she brought to the game and for taking the code to Western Sydney. The Club played a critical role in establishing the game in the region, both for women and for its engagement with diverse communities, contributing to the recent inauguration of the GWS Giants in the AFLW.

Her courage has been the centre of much conversation and the reason behind the accolades acknowledging Amna’s contribution to the community and women’s sport.

Amna shares her experiences on collaborating with community leaders, small business owners, local government, traditional and social media and thought leaders. She shares how she engages in the story telling process to help others overcome adversity, build confidence and resilience, and lead with perseverance and courage.

She offers insights on how she lead the growth of the Auburn Giants, and the importance of leveraging media. Countless football metaphors of Amna ‘kicking goals’ have been widely shared and celebrated.

Amna believes the heart of innovation, civic participation and community building is a ‘strengths based approach’ and commitment to diversity and inclusion.

Amna holds a Bachelor in Organisational Learning from the University of Technology Sydney and recently completed the Advanced Leadership Program with the Applied School of Management. After 9 years, Amna resigned from the Australian Federal Police having led Community Engagement strategies, and contributed to Reform, Culture and Standards portfolio – responsible for driving cultural change within the AFP.